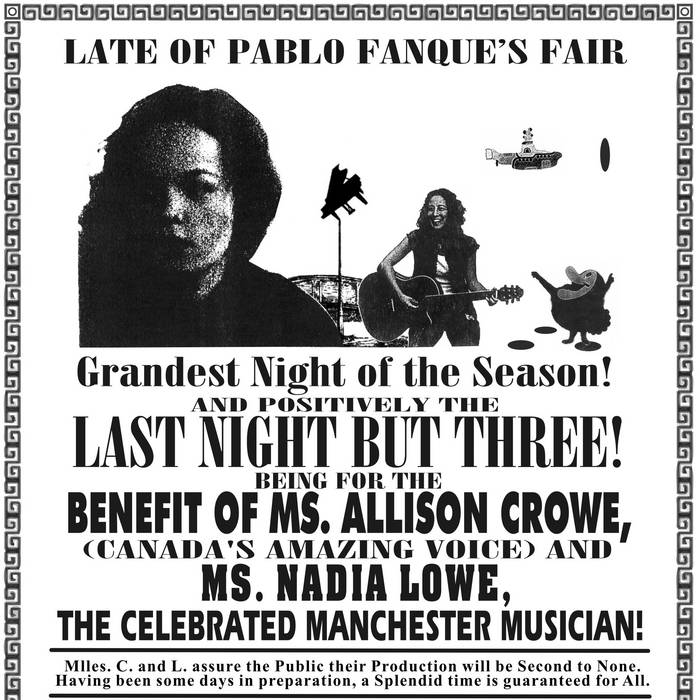 Canadian musician Allison Crowe is uniquely known as, both, an exciting performer of original songs and as a peerless interpreter of others’ works.

"Songwriter and mistress of coversongs Allison Crowe beat out Johnny Cash, Ben Lee, Chantal Kreviazuk and Shawn Colvin covers of ‘In My Life’ at the last minute. Buy or download all Crowe's albums via Rubenesque - her own label - and you'll know why this Canadian youngster is one to watch for the next half-century," says popular music blog, “Cover Lay Down”.

Following her legendary performance at the “John Lennon Northern Lights Festival” in Durness, Scotland in 2007, Allison Crowe found herself invited to perform a trio of shows in Liverpool in August 2008 – during the Mathew Street Festival for Beatles Week.

English actor Dean Sullivan, Liverpudlian-from-birth, chats with Allison Crowe during her visit, and plays a selection of songs on “The Sullivan Show”, City Talk Radio 105.9. In this program you’ll hear two Beatles covers – “In My Life” and “Let It Be” – along with one of Allison’s original songs, “Hold Back”, a track off the “Little Light” album released shortly before the tour which brought her Mersey-side to celebrate the Fab Four.

There are places I remember
In my life, though some have changed
Some forever not for better
Some have gone and some remain