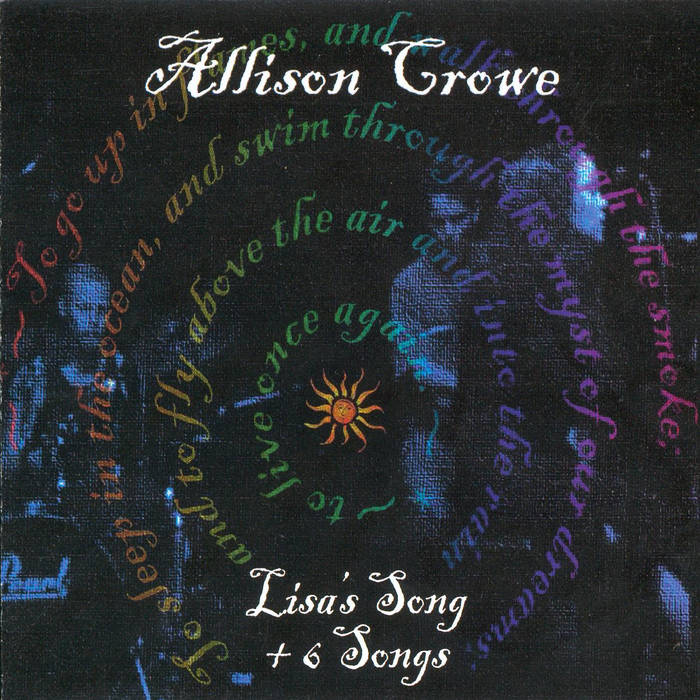 When Allison Crowe and her then-trio, Dave Baird on bass and Kevin Clevette on drums, were starting to roll internationally – film director and Hollywood+ steadi-cam veteran Alex Postowoi offered to shoot a band video. The song chosen for Allison’s first, and only, “story” video was “Midnight”. Tami Mancey and Josh Dahling were the lead actors, and full credits, and this charming video itself can be found @ www.steadiman.com/allison_crowe_midnight_the_video.htm

To add to the aural fun, at White Rock, BC’s Turtle studios Allison’s trio was joined on mandolin by Robert Ford, of Canuck Celtic rock legends, The Stoaters, as well as Hammond wizard Darryl Havers (Ferron, Alan Doyle, Raffi+). With some additional support from “One-take Eddie” Johnson, percussion, and Larry “Turtle” Anschell handling guitar and production – Midnight “The Single” was born. This (2002) was no longer the heyday of “music television”, but, it still was a place many bands and fans looked to connect. Canada’s counterpart to MTV passed on playing “Midnight” – deeming it “too country”.

With Allison about to join Karen Sparkes and Gerri Lynn Mackey, personable hosts of CFCB 570AM Radio, home to new and classic country music, for an on-air chat, the memory brings forth a chuckle :)

Grab a sarsaparilla and kick back - here’s “Midnight”, as performed by Allison Crowe and friends, sounding as fresh and invigorating as the day they all came together.

At midnight I open up my door
and I say,
"hey, well why don't you just go and see what happens then?"

But then I come back down... maybe in a minute, or two...
and you're already gone.

And I know that I can be cruel
and I don't always have a reason for it
you could ask me over and over again... and all I'd say is
"NOTHING"

but I guess you saw me sitting on the road
in the middle of a rain-storm crying
and I still don't know why
it seemed like a good idea at the time...

but water can drown
and earth can quake
and fire can burn you out...
and I guess you know that, well...

I know you know that
wind
can blow you away