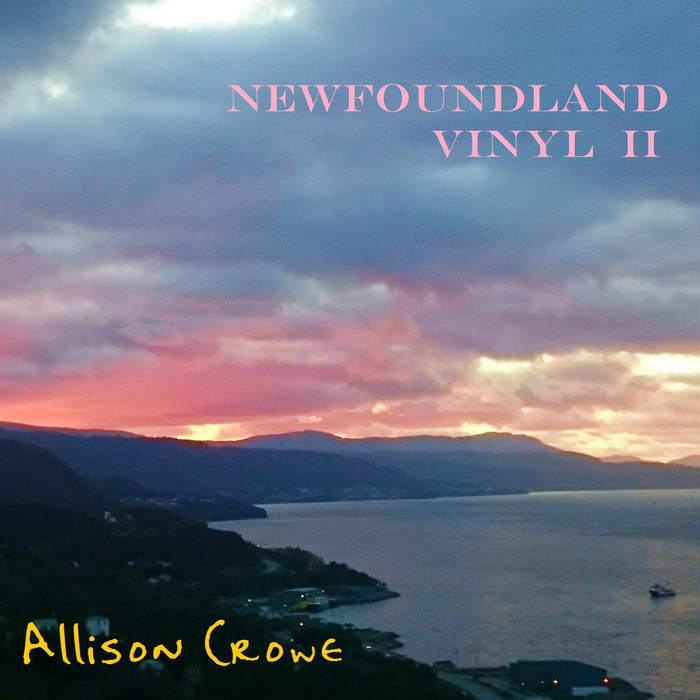 All true-born Newfoundlanders pray harken unto me
and hear your mess-mates tell you all of the dangers of the sea.
You all remember Pouch Cove well and the true sons so brave
who saved the crew of The Water Witch so near a wat'ry grave.

On Christmas Eve this craft did leave as loud the wind did roar.
And on a reef she came to grief not far from the Pouch Cove shore,
a place well called the Horrid Gulch the schooner headed on.
And in the twinkling of an eye three poor, dear, souls were gone.

Two seamen from The Water Witch leapt when they heard the shock.
The rest belonged to that doomed ship were huddled on a rock
to wait for hours through hail and showers as loud the sea did dash,
and t'see their schooner breaking hard on the cliff did crash.

Punts, ropes and lanterns soon were brought by kind and willing hands.
The shrieks of females in distress our fishermen could not stand.
And how to face the Horrid Gulch six hundred feet to go
to save those souls half dead with cold who waited down below.

Brave Alfred Moores, a Pouch Cove man, "I'll take the lead," he cried
while 'round his waist strong hempen ropes with heavy knots they tied.
And now strong men are on the top to lower him o'er the cliff
to dash our hero down below 'neath blinding snow and drift.

Three times they swung him in the dark, through blinding drift and cold,
before his feet could get a place to give him any hold.
At last he found a resting place just 'neath a shelving stone
where he could see those souls below and hear each dismal moan.

And now to save this shipwrecked crew his heart is filled with hope.
Six more brave Pouch Cove 'men like heroes man the rope.
And now a small hand-line by Moores he managed for to lower
'til a' The Water Witch's crew all landed safe on shore.

But, hark - another scream is heard! The people get a shock.
Another female left below to perish on the rock
when Alfred makes another dash, as loud the wind do roar,
and brings the woman in his arms in safety to the shore.

The news was soon in town next day about The Water Witch.
The whole community got a shock - the poor as well as rich.
The Governor soon sent home the word, in letters bold and grand,
to tell ' the pluck of the fishermen belong to Newfoundland.

The Humane Society of Liverpool did very soon send here
gold medals for our fishermen that never knew no fear.
The Governor's Lady pinned them on, those medals rare and rich,
the Pouch Cove men who saved the lives a' board The Water Witch.

So here's success to our bold men who risk, in storms and breeze,
their precious lives for saving souls who venture on the seas.
May peace and plenty be their lot, oh, this true and sterling band.
Brave Alfred Moores and all the rest belong to Newfoundland.