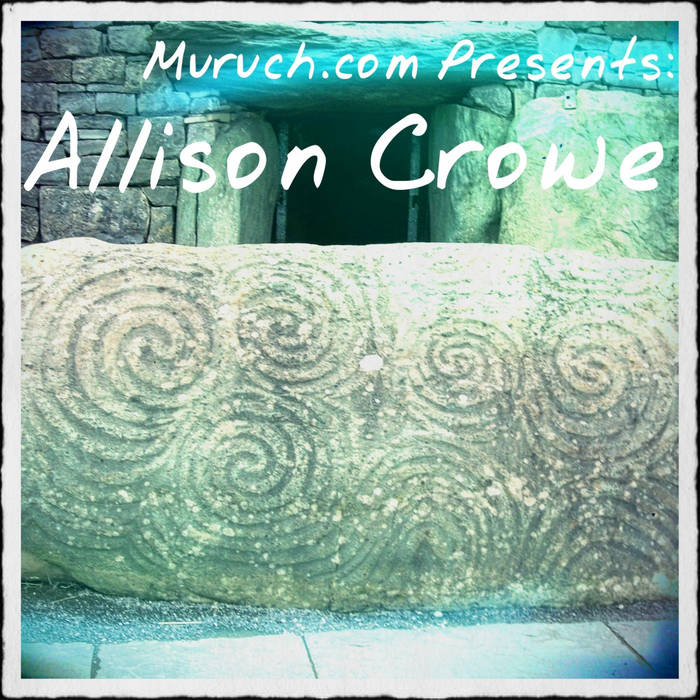 In 1999 a teen-aged Allison Crowe was already building her legend as a musician – radiating from her birthplace of Nanaimo, BC to perform in nightclubs and bars up and down Vancouver Island on Canada’s Pacific coast.

That same year, across the continent in the USA, a West Virginia-based poet and cultural commentator was launching one of the first, and now longest-running, legal-mp3 music websites. Under the banner of “Murúch”, the Irish word for “mermaid”, pioneering Editor/Head Writer Vic and her team of writers and photographers still plumb the currents of music, books, film and other arts.

“Murúch’s RSS feed is syndicated on Hype Machine, Elbo.ws, Livejournal, Facebook and Twitter… The site has been featured on VH1’s Best Week Ever Blog, The Woodstock Film Festival website, MSN’s Money Central Blog, Technorati’s Top 100 Music Blogs and The Guardian’s website.” Rolling Stone has reposted the site’s content, and its reviews are quoted “in countless press releases, Amazon and Wikipedia pages and even album liner notes”. Cited, as well, by the University of Maryland as an example of excellent critical writing – the fuller story of Murúch can be found @ www.muruch.com/about and www.muruch.com/2000/07/muruchhistory.html

Along their courses, sometime before Allison Crowe migrated to Canada’s Atlantic shores, making her home in Corner Brook, Newfoundland a decade ago, “Murúch” discovered Allison and has been a steadfast champion of her music ever since.

Mutual admiration and respect has grown through the years such that Allison’s honoured to be described these days as Murúch’s “musical mascot”.

Cover art is also by Muruch.com – pictured here on the album’s front is the entrance to Newgrange, the great national monument of Ireland that predates Stonehenge and the pyramids of Egypt. Photographed this Summer in County Meath, the triskele symbols on the giant stone carry forward from pre-Celtic and Celtic times to our age (even giving design to the centre-piece adapters for vinyl “45” RPM recordings).

It’s apt entry point for the intersection of 15+ years rocking and rolling by Allison Crowe and Muruch.com.

Curated and Cover Art by Muruch.com